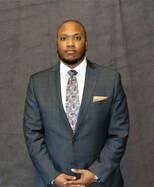 President & CEO - Sam Rhue, III ​ uses actionable insights and robust strategies to help propel brands and companies. Whether it’s brand development for Coca-Cola, digital strategy for Krispy Kreme, creative optimization for Toyota Motor Corp, or thought leadership for GE, he has optimized some of the world’s most recognizable brands and companies. Sam holds a Bachelors degree from Wake Forest University and a MBA from Winthrop University. 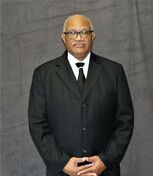 Vice President - James Sanders received his BA degree in History in 1975 from Paine College. He has done additional studies at Georgia State University in History and Statistical Analysis.  James is a veteran of the United   States Air Force.  He began his career in computer technology at AT&T in 1979.  In 1996, he became a  consultant in information technology.  He retired in 2016.

Chief Financial Officer - ​Earl Bradford received his BA degree in International Studies in 1986 from University of South Carolina and his MA in Business Administration in 2006 from Keller Graduate School of Management.  He has spent over 20 years in the banking industry.  During the last several years, he was a banking officer, a funding manager, and an Assistant Vice President. Earl and his wife reside in Dekalb County along with his two young sons. 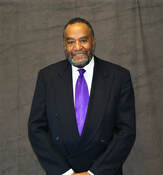 Secretary - ​Sylvester Mack Jr. received his BSEE degree in 1971 from Purdue University. His career path included a number of technical sales and marketing positions with increasing responsibilities in the semiconductor and hard disk drive industries. Over the last 25 years of his career, he held senior executive positions in both industries and lead Phase 2 Automation, a leading clean-room compatible automation company as President, CEO and Chairman.  Mr. Mack and his wife, Paula, relocated to the Atlanta area in 2012 from San Ramon, CA. Since retiring in 2014, he pursues interests in woodworking, high-end audio and international travel.